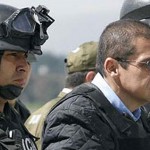 Colombia’s Prosecutor General’s Office has charged a former Cali Cartel capo for his alleged involvement in several massacres between 1988 and 1994 in which hundreds of people were killed, local media reported Tuesday.

The crimes, dubbed the Massacre of Trujillo after the town where they were committed, resulted in the killing of between 245 and 342 people in the southwestern Valle del Cauca state.

Among the victims were unionists, alleged guerrilla supporters and a priest. Some of the victims were tortured and dismembered as a warning to rebels groups FARC and ELN, and their sympathizers.

“Don Diego,” whose real name is Diego Montoya, is accused of conspiring with members of the army, police, regional politicians and members of paramilitary groups aligned to the cartel. Several members of the security forces have been formally accused for their alleged role in the killings.

Diego was extradited to the U.S in 2008 to face numerous charges, including murder, drug trafficking, obstruction of justice and money-laundering. He was found guilty and sentenced to 45 years in prison.

The drug trafficker is also responsible for 1,500 drug-related killings, according to Colombian authorities.