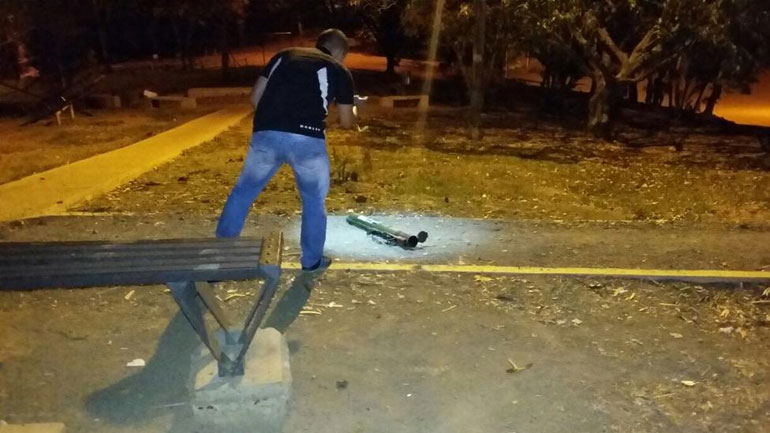 Unknown men on Sunday launched two grenades at the largest army base in Cali, that of the Third Division, reportedly leaving only material damage.

According to local media, the attack was carried out by two suspects who rode a motorbike onto a nearby soccer field and fired two grenades at the military base using a grenade launcher.

The attackers left the weapon at the pitch during their escape, local authorities told press, admitting that no suspects had been arrested in relation to the attack.

According to the military, the attack was carried out by members of the Manuel Cepeda Front of the FARC, Colombia’s largest rebel group that would begin enforcing a unilateral ceasefire only hours after the attack on the military base.

The FARC did not immediately claim responsibility for the attack.

The commander of the Third Brigade, a subdivision of the Third Division, said in a press release that his brigade “maintains the operations of urban control … under coordination of the Cali Metropolitan Police to establish the whereabouts of the terrorists who carried out this attack.”

The attack is the first ever on the Third Division base, one of the most secured sites in Colombia’s third largest city.

Cali has long been plagued by high insecurity indicators. Home to dozens of gangs with ties to both international trafficking organizations and drug-trafficking guerrilla groups, the city’s been struggling for years to maintain public security adequately.