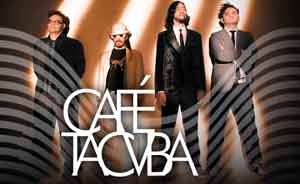 Popular Mexican alternative rock band Cafe Tacvba will perform again in Bogota on Dec. 13, to share stage with Colombian group Bomba Estereo. The capital’s Royal Center Theater will open its doors to this great Latin American music festival, to melt the sound of Los Cafeta, as Cafe Tacvba is called, with rhythms such as reggae, rap, cumbia and champeta of the Colombian group.

Both bands, nominated for the Latin Grammy awards, whose ceremony will be on Thursday, will celebrate a year of great success.

Los Cafeta (as the group is known), directed by Ruben Albarran, performed in April at the Estereo Picnic Festival in Bogota, and one month later, they closed the Concert for Peace and Hope, in which the band performed at the Bolivar Square.