Police said one pit bull that had died fighting was served as barbeque to spectators and another dog urinated blood. Photos and video footage showed malnourished animals with bloody gouges.

Brazilian police on Monday smashed an alleged international dog-fighting ring, in a raid on a pit bull fight at which barbecued dog meat was served to spectators. 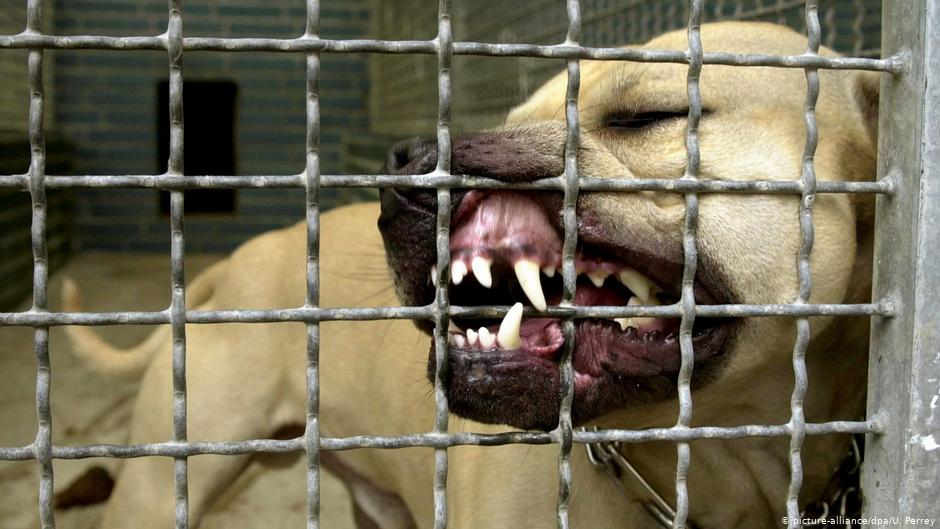 “It was absolute horror,” Parana state Police Commissioner Matheus Laiola said. “There were dead dogs, wounded dogs. A dog that had died was being roasted for food, and pepper was inserted into the snout of the animals to make them angry for the fights,” he said.

Nineteen pit bulls were rescued during the raid on a farm outside Sao Paulo on Saturday. An American, Peruvian and Mexican were among 41 people arrested. A veterinarian trying to treat a dog that had already fought in order to force him into another duel that same night was among the arrested.

Those detained will be charged with conspiracy to commit crimes, animal abuse and illegal gambling.

Police said the fight was part of an international dog-fighting circuit held last year in the Dominican Republic. Bets were placed at the scene as well as online.

Images and videos shared by police showed injured and malnourished dogs tied up in horrible conditions. Several had bloody gouges on their face.

Laiola said that when one dog urinated, only blood came out.

The pit bulls were trained for days without eating or drinking water.

“We presume it was so they were too stressed to fight,” Laiola said.

Police were alerted to the dog-fighting ring by an anonymous tip.

Chile confirmed on Tuesday the first positive case of the novel...
Read more
- paying the bills -