Bombs go off in Bogota: 8 injured 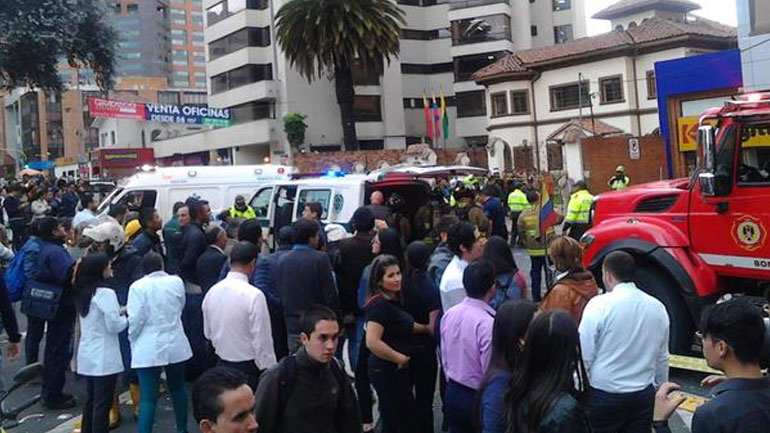 Eight people were reported injured in Colombia’s capital Bogota on Thursday after two bombs went off almost simultaneously at offices of a Colombian pension fund.

The first bomb went off before a Porvenir pension office in the Chapinero district at approximately 3:45PM. Within minutes a second bomb went off at another office of the pension fund in the Puente Aranda district.

According to Bogota-based newspaper El Tiempo, seven people were injured in the Chapinero blast while one was injured in Puerto Aranda.

“Around a quarter to four we heard the explosion. We thought it was a thunderbolt but immediately after we noticed what something had happened. People in the area are terrified,” a witness told El Tiempo.

The authorities made no immediate announcement about the possible motive of the attacks.

The post Bombs go off in Bogota: 8 injured appeared first on .