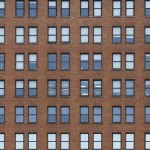 Colombia’s capital Bogota is planning to carry out social housing projects in some of the city’s most expensive neighborhood in an attempt to curb social and economic segregation, the administration announced Friday.

According to the director of municipal housing agency Metrovivienda, Nicolas Corso, the city government is planning to spend 15 million on the construction of some 372 homes on what are now parking lots in the neighborhoods of El Lago, Santa Barbara and Chico.

Colombia’s cities are stratified, allowing the inhabitants of designated poor urban areas to receive a subsidy on public utilities while those living in areas with the highest stratifications pay more than the actual cost for electricity, gas and water.

Bogota, since 2011 governed by the socialist mayor Gustavo Petro, has been wanting to curb socio-economic segregation for years.

In it’s 2015 proposal Territorial Planning proposal, the administration said it was seeking “the way to build non-segregated cities where all kinds of public spaces can be shared and where you can find several stratifications” in the same area.

According to local radio station Santa Fe, the city government plans to allow victims of the armed conflict, specifically single mothers, to take advantage of the subsidized housing projects.

Next to the housing projects, the city wants to construct playgrounds where Bogota aims to “put to the test whether we are a democratic city or not” where the children of wealthy parents “find themselves in the same place as children who have been victim of the conflict” that has ravaged Colombia for 50 years and sent hundreds of thousands of displaced to the capital.