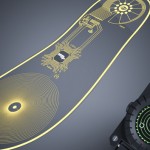 Colombia is one of 161 countries worldwide that bans the use of landmines as a human rights violations, but thousands of hidden explosives are still believed to be buried in rural areas across the country, left by illegal armed groups such as the FARC and ELN rebels.

The devices are planted to protect drug cultivation and trafficking zones and hinder government patrols, but once in the ground, a landmine does not differentiate between soldiers and civilians.

According to a report released by the Colombian government last year, there were 10,519 documented victims of landmines between 1990 and mid-2013, with 2,150 deaths reported. Of the victims, nearly 40% were civilians.

MORE: Report breaks down 23 years of landmines in Colombia

“We as Colombians know first-hand about the problems with landmines,” said Cardenas. “That was one of the major reasons we [Lemur Studio] decided to develop a technological solution to this persistent problem.”

The product, called Save One Life, is a landmine detector designed to fit underneath the insole of the wearer’s shoe and deliver an alert to an electromagnetically linked wristband whenever a landmine is detected in close proximity.

While Lemur Studio is still in the process of nailing down funding for product development – it is only a concept at this point – the idea has already won awards from design contests in Colombia and Singapore.

Cardenas said that while there are other products on the market to detect landmines, Save One Life is the only option that fits comfortable inside a shoe, allowing the wearer to go about their daily business.

“Our product is more geared towards the everyday farmer doing their daily labor,” said Cardenas. “We hope to diminish the risk for these farmers not only here in Colombia, but also around the world.”