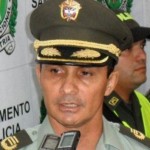 A male body of a Chinese citizen was found Friday in the state of Antioquia after being reported missing several days ago, reported El Espectador.

The body was found in a rural area of Eastern Antioquia and has been identified as 25-year-old Jesse Chan.

Chan was reportedly on his was to airport Jose Maria Cordova in Rio Negro when he was killed.

Police Chief of Antioquia, Gustavo Chavarro told El Espectador that “the body was found naked with a bag around his neck and had no stab wounds or gunshot so he presumably died of mechanical asphyxia.”

The man was reportedly killed because of an accumulated debt of $10,260 (2 million pesos).