(Reuters) – Colombia’s lead representative in peace talks with Marxist FARC rebels said on Wednesday that any attack against former President Alvaro Uribe would destroy the negotiations. 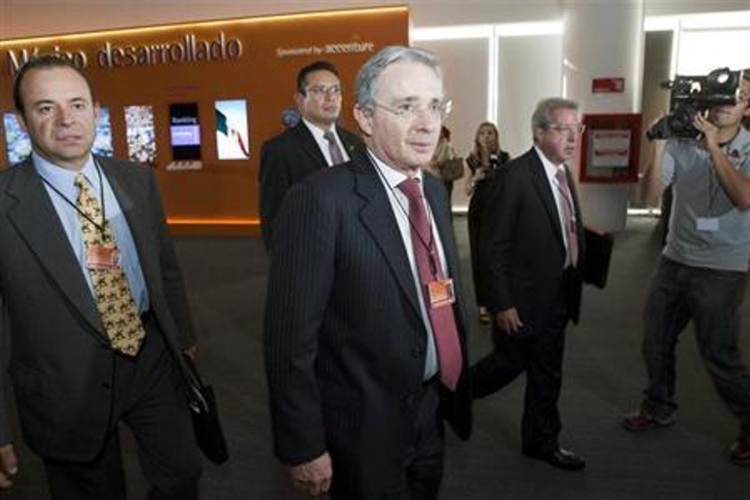 Humberto de la Calle said talks ongoing in Cuba would be “unviable” and could be “destroyed” if suspected plans by the FARC to assassinate Uribe and Attorney General Eduardo Montealegre were put into practice.

He was responding to a comment by Defense Minister Juan Carlos Pinzon, who said on Tuesday that one of the Revolutionary Armed Forces of Colombia’s elite fighting units was planning a hit on the hard-line ex-president, who with the help of the United States stepped up attacks on the rebels during his eight years in office that ended in 2010.

“An attempt of this kind would destroy the viability of the peace process,” said de la Calle, who leads the government peace delegation in Havana.

Uribe, whose father was killed in 1983 in a botched kidnapping attempt by the FARC, has been a harsh critic of the year-long peace process and called for them to be scrapped.

He is seeking a senate seat in congress next year as a member of the Democratic Center party.

The party recently nominated Oscar Ivan Zuluaga to challenge current President Juan Manuel Santos should he decide to stand for re-election. Santos must reveal whether he plans to stand by November 25.

A FARC spokesperson in Havana told local media that the group was investigating the government’s accusations and had no other comment.

Pinzon said in a brief statement that the FARC’s Teofilo Forero mobile faction, one of the group’s elite fighting units, was planning an attack on Uribe.

The FARC, considered a terrorist group by the United States and the European Union, recently reached an agreement with the Colombian government on political participation, the second of five points on the peace agenda.

The leftist group has been fighting the government in a jungle and urban conflict that has killed more than 200,000 people since it began almost five decades ago as a peasant movement seeking land reform.