It’s July of 1990, and the two Germany’s have just united, marking the end of the Cold War, and capped with West Germany’s soccer World Cup victory over Argentina. 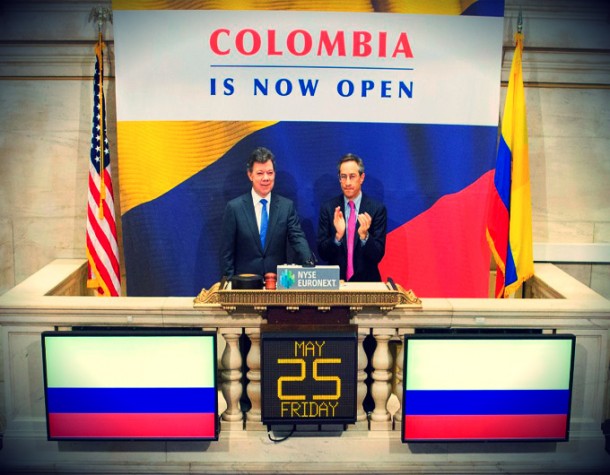 As the images of the defeated players travelled the world (who can forget Diego Maradona’s tears?), in New York, a Latin American company was symbolically ending the lost decade. A lot of water has passed under the bridge since that summer when the Telephone Company of Chile (CTC) managed to get listed on Wall Street, for an amount that seems quaint today – $75 million.

Two decades later, developed countries are in the middle of an unprecedented crisis and investors are turning to Latin America. With its positive growth rates, large investment projects, controlled inflation, rising commodity prices and political stability, Latin America and its companies have become very attractive.

Companies like Ecopetrol from Colombia, Pacamayao from Peru and Cencosud from Chile have shown this by ringing the bell in the most important stock exchange in the world, as well as by attracting investors to local stock exchanges.

How can we take advantage of the momentum and transform it into a structural change?

For Jorge Errazuriz, the Chilean president of Celfin Capital who worked on the CTC listing, Latin America has to believe in itself more. He also says that the ideal situation would be for more of the investments to happen through local stock exchanges, something that is already taking place.

And it is not only foreign investors who are taking note. There are many new investment funds popping up around Latin America and investing in local projects, particularly in Brazil, Mexico, Chile, Colombia and Peru, which are considered the largest markets in the region. Taken together, these markets are capitalized at $3.9 billion.

The rest of Latin America, on the other hand, is generating little interest, given the size of their stock exchanges and the number of companies listed. “They are what’s called borderline economies, which implies that the liquidity, rules and regulations are not attractive or stable enough for investors to invest without major risks,” explains Daniel Velandia, a Colombian economic researcher.

Velandia says there is a lot of opportunity in the Latin American Integrated Market (MILA), which includes Peru, Chile and Colombia. The three countries have complementary strengths; Chile has financial and retail companies, Colombia has energy companies and Peru mining companies. Although Colombia and Peru have relatively few listed companies, the integrated market can generate a lot of positive synergy. It could get even better, if Mexico decides to join the MILA.

However, experts agree that the MILA hasn’t taken off yet, due to a lack of standard practices among the different countries. According to Errazuriz, the countries in MILA should act like their financial markets were part of a “United States of Latin America.”

“All of the markets should be interrelated, so that someone here could buy stock in Mexico with the same ease as if he or she were in Mexico,” says Jaime Humberto Lopez, president of the Colombia Association of Stock Exchange Agents.

As attractive as it is, the region still faces risks that derive, at least in part, from its own success. An example that illustrates the challenges for the region, according to analysts, is the situation in Brazil, where a revaluation of the currency caused volatility in the markets.

For Sandra Manuelito, an economic affairs officer at CEPAL, the resistance among Latin American companies to list themselves on the stock market is another limiting factor. “Many of the companies in the region belong to families or small groups, and listing on the stock market means opening up the company and sharing control,” she explained.

Companies are also reluctant to make their information public, which is one of the conditions to listing on the stock market. The different actors in the financial markets have to convince companies of the advantages of being listed in the stock exchange.

Up to a certain point, that is working, because investors are clamoring for new offerings. But in spite of it all, both analysts and stock exchange directors agree that they should avoid artificially accelerating the transition.

Juan Pablo Cordoba, the president of Colombia’s stock exchange, sums it up well, “We’re talking about a major structural change, about how to convert this global economy into a source of financing and growth.”