Are Urabeños Looking to Control Routes through Spain?

An alleged leader of Colombia’s major criminal gang, the Urabeños, has been captured in Spain, suggesting the expansionist group is attempting to set up international networks, further displacing its rivals, the Rastrojos. 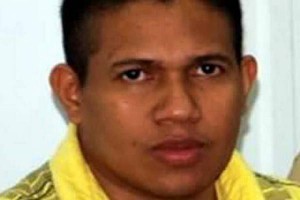 Manuel Palencia Gonzalez, alias “Visaje,” was arrested while taking the trash out of an apartment in Madrid. He had already spent 15 days fleeing police on a journey that took him through Venezuela and Brazil, reported a regional paper in Cordoba, Gonzalez’s home state in Colombia.

Accused of multiple homicides, drug trafficking, forced displacement and extortion in Colombia, Gonzalez was arrested following a joint operation between Colombian and Spanish police, reported La FM. He had arrived in Spain with the intention of setting up new drug trafficking routes, said the radio report.

According to Spanish newspaper ABC, Gonzalez had also planned to set up a “collections office,” or “oficina de cobro” — an organization that runs extortion and debt collection with assassins used as “enforcers.”

While Colombian criminal groups operating in Spain is not new, over the years they have gradually ceded that territory to Mexican cartels, with the possible exception of the Urabeños principal rivals, the Rastrojos. The Rastrojos are known to maintain a presence in Spain; various alleged representatives of the group accused of running collection offices and drug trafficking have been arrested there over the years.

The Urabeños are known for their aggressive expansion within Colombia, which has seen them gain control of many of the country’s major cocaine export points in brutal turf wars in recent years. Gonzalez’s capture suggests the group is now looking to pursue that model internationally.

It comes soon after another sign the group is trying to gain control of the Rastrojos’ international operations. Following the seizure of four tons of cocaine in the Ecuador port city of Guayaquil — an exit point historically controlled by the Rastrojos — authorities said the shipment belonged to the Urabeños.

The post Are Urabeños Looking to Control Routes through Spain? appeared first on Colombia News | QColombia.com.