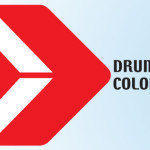 US coal giant Drummond has shown little interest in alternative proposals by the Colombian government enabling it to continue exporting coal after its port was closed down by the authorities, with some of the state’s suggestions already having been proven unfeasible.

The president of Colombia’s National Mining Agency (ANM), María Constanza Garcia, told international news agency Reuters on Friday that the US mining company Drummond has shown no interest in proposals by the state which would allow it to continue loading coal for transport from their country after it failed to comply with new environmental regulations.

The possible contingency plan, which mainly involves loading cargo through ports owned by other companies, was shaken up on Monday when Anlgo-Swiss mining company Glencore stated that they were working at full capacity and would be unable to assume Drummond’s cargo at their loading facility.

The second biggest coal producer in Colombia was halted from further activity when its port in Magdalena State, on the Caribbean coast, was shut down last Wednesday. The company had been continuing to load cargo onto ships using cranes and barges, a practice that was banned commencing January 1 in an unexpectedly fast change of government policy.

Nonetheless, the Colombian state has been looking for alternative means to ensure that Drummond continue to work in the country, though their suggestions did not appeal to the US-owned company.

“Yesterday we sat down, it was us the national government proposing alternatives,” Garcia told Reuters on Friday. “They closed themselves up a bit, [saying] let us open, impose the fines that you want but let us reopen, but this is not a very viable alternative.”

Apparently it was proposed that Drummond use the ports of Santa Marta or Prodeco, which is owned by Glencore Xstrata Plc and operated in Puerto Nuevo, however this was shunned because of logistical issues.

“Private companies cannot shut their conveyor belts off and prevent access to the ports,” Acosta said.

Nonetheless, on Monday Glencore announced that Prodeco’s facilities did not have the extra capacity needed to support Drummond.

The Colombian government’s arguably hasty decision to ban all activity that violates the newly established regulations came less than a year after the US company was fined and suspended for an illegal coal dump in the Caribbean Sea last January.

The shutdown of the Drummond’s port, which was instigated by President Juan Manuel Santos himself after the company resolved that they would not be able to comply until at least March this year, compelled Drummond to declare force majeur on exports last Friday.

The coal giant contributes to a third of all Colombian exports, with the nation being the fourth biggest exporter of the mineral in the world.