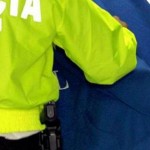 According to authorities, Valesquez’s criminal history spans some 15 years and includes the sale of arms, munitions and explosives — originating from Israel and Russia — to criminal organizations.

Authorities also indicated Valesquez was wanted in connections to a 2004 homicide related to arms trafficking.

Using Colombia’s eastern border with Venezuela as a smuggling route, Valesquez supplied various parties on either side of Colombia’s armed conflict. While Los Urabeños are a right-wing neoparamilitary organization, for example, Velasquez also did business with leftist guerrillas from the EPL rebel group, which operates a small insurgency in the northeastern state of Norte de Santander.

With the capture, authorities said they hoped to decrease violence in the states of Uraba and Norte de Santander in particular, where much of Valesquez’s activity was directed.