85,000 families lifted out of extreme poverty in Colombia since 2011: Report 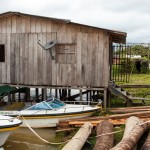 In a report released Thursday, Colombia’s National Agency for Overcoming Extreme Poverty (ANSPE) claims it has lifted tens of thousands of families out of extreme poverty over the past two years.

The report claims that 85,462 families have risen from poverty since 2011 thanks to the agency’s action, 20,445 between January and October of this year alone.

ANSPE director Beatriz Linares said: “Our expectation is that by the end of 2014, 150,000 families will have overcome extreme poverty.”

According to ANSPE, more than 2,290,000 people live in poverty in the Colombian countryisde. The organization is hoping that initiatives to provide support to the most remote areas of the country can reduce that figure.

“We have designed a strategy that allows us to bring the agency to the field to mitigate the difficulties of access and to strengthen accompaniment in the most remote areas,” said Linares, who claimed that the ASPE’s ” Extreme Poverty Free Zones” initiative has been an early success.

Colombia’s rural poor face a number of economic challenges placed at the forefront of massive nationwide mobilization efforts this past summer, including a lack of infrastructure, public services and land ownership.

Ongoing negotiations between the Colombian government and the national protest organizers have revolved around a number of proposals to improve the economic conditions and stability of rural populations.

It’s unclear to what extent ANSPE efforts were directly responsible for the gains highlighted in the report, or what conditions the families discussed in it currently live under.

The post 85,000 families lifted out of extreme poverty in Colombia since 2011: Report appeared first on Colombia News | Colombia Reports.