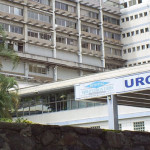 In December, 822 people were hurt by fireworks in Colombia, according to the National Health Institute.

While the reported number of 822 cases is lower than last year’s 941 for the same time period, this does not indicate a relief as the numbers are preliminary and can vary because results from local authorities are still missing, according to a report of the National Health Institute on Tuesday.

Also a greater number of minors were hurt by the inadequate use of fireworks this year, making up for 44% of all cases. While 44% of the minors suffered some kind of burning, all cases of intoxication by firework substances occurred within this group.

Almost one third (249) 0f the 822 cases reported between December 1, 2013 and this year’s January 7, occurred in Colombia’s northwestern department of Antioquia, followed by the Valle de Cauca department with 90 cases (10,7%), according to the notification.

Most of the injuries caused by the inappropriate use of fireworks were burnings, affecting mostly fingers, hands and eyes; 26% of all cases were so severe that they required hospitalization, 50% of these hospitalizations affected minors.