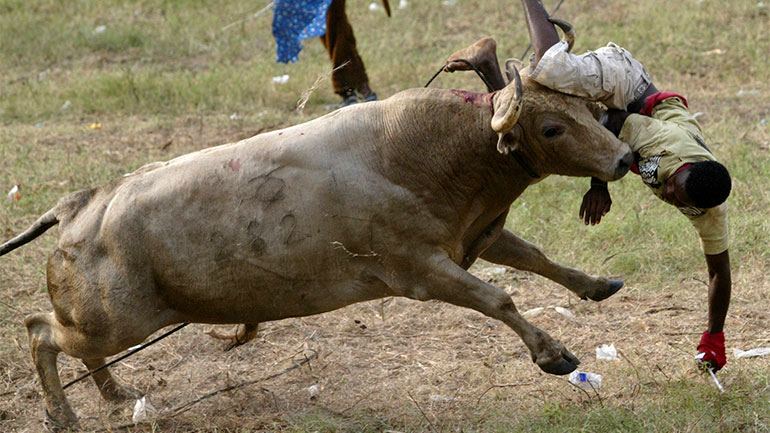 Some 76 people have been injured in popular bullfights that are part of Colombia’s coastal town festivals.

Some 50 people were injured in the town of Caucasia and another 26 in Turbaco.

Both towns are celebrating their annual festival that include bullfights called “corralejas.”

In a corraleja, dozens of people — many of whom drunk — enter the bullring instead of the bull being opposed by only one bullfighter.

The corralejas are very popular in Colombia’s Caribbean region, but equally controversial because dozens are injured each year in the wild events. Some even get killed in the annual festivities.

Additionally, the brutality with which some of the participants torture bulls has long caused criticism from animal rights defenders in the South American country where cultural customs often are regional, not national.

The post 76 injured in north Colombia bullfights appeared first on .