7 years of oil reserves no ‘doomsday scenario’ for Colombia: Analyst 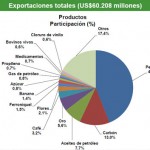 Having only seven years worth of oil reserves is not a “doomsday scenario” for Colombia’s economy, according to an energy analyst.

“But it is critically important that Colombia invests in the discovery of new oil reserves,” said Martin Catife, energy industry specialist with international consulting firm Frost & Sullivan in an interview with Colombia Reports.

His comments follow on from the Colombian energy minister’s statement on Tuesday, when he said Colombia’s oil reserves will be exhausted in seven years at the current rate of extraction. This is particularly alarming because according to government figures, about half of Colombia’s export dollars come from oil.

MORE: Colombia only has 7 years of oil reserves: Energy Minister

Despite there not being a substantial oil discovery in Colombia since the 80s, Catife is upbeat about the prospect of oil extraction in Colombia.

“The country aims to drill 135 wells in coming years and the Energy Minister has said they know Colombia has extracted only 18% of what they have so far, ” he said, “Compared to say, Mexico and Argentina who are already having to explore for ‘unconventional oil’ like shale gas or deep-water oil, Colombia still has lots of opportunities.”

Catife said that oil remains a key part of Colombia’s economy, with 60.5 of per cent of 2011 export tax revenues from exports coming from hydrocarbons (including coal).

“For Colombia it is of the uptmost importance to increase oil production because it represents a lot of collective [tax] revenues.  Without a doubt, Colombia has an extractive economy like [mining country] Chile.”

Only 7 years of oil reserves in Colombia

Minister Amylkar Acosta told El Espectador newspaper that no new major discoveries of oil had been made recently and that Colombia’s reserves were “extremely precarious.”

According to the World Factbook, Colombia’s proved oil reserves as of 1 January 2013 were 2.417 billion barrels.

At this rate, barring an improbably large new discovery, reserves would be exhausted in about seven years.

The effect on the balance of trade, should Colombia become a net importer could be dramatic, as roughly half of Colombia’s export dollars comes from oil and its byproducts.

In the six months between January and July this year Colombian exports amounted to $33.9 billion according to the latest figures from the Colombian Ministry of Commerce, Industry and Tourism.

Preview of the future

Recent events provide an insight into what might happen to the Colombian economy without oil.

At present, Colombia is a net exporter of oil, but imports refined fuel and complex petrochemicals when refinery strikes or terrorist attacks create bottlenecks in these products.

In September this year, one of these bottlenecks caused a 43.8% surge in the import of refined fuels and contributed to a 10% increase in imports over the same month last year.

MORE: Colombia imports up for September due to rise in oil imports

Recent Prosperity from Peace… and Venezuelans

London’s Finanical Times reported earlier this year that Colombian oil production has been surging in recent years due to a perfect storm of decreasing guerrilla attacks, renewed foreign investment and Venezuelan oil expertise that came to the country in 2006 after a purge by Venezuela’s then-President Hugo Chavez.

Despite the fact that there has been no big oil discoveries made, the industry has grown because of the increasing secure business environment and big investments from state oil company EcoPetrol and Pacific Rubiales.