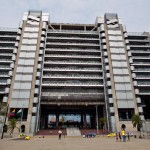 A range of Medellin construction projects using “hyper optimization” – a fast, cheap and resource efficient way of building assembly – have almost all recently had serious quality problems leading to collapses and evacuations.

Ten months after the ‘Space’ towers collapse that killed 12 people, Medellin’s mayor has called for the inspection of 30 more buildings that share the same engineer in common; a so-called pioneer of cheap construction methods that appealed to several construction companies, according to Medellin’s Institute of Housing and Habitat.

Jorge Aristizabal’s “method,” though efficient and cost-saving in the short run, has resulted in one of building collapse, 5 more buildings to be evacuated, and an additional 12 that have shown similar structural problems after inspection.

Aristizabal convinced a range of construction companies to follow his hyper optimization model, allowing them to achieve significant savings and develop multiple projects at once.

However, experts say that Aristizabal’s insistence on pushing the technique “to the limit” resulted in a number of structural problems, according to reports from El Tiempo.

Because of this “panorama” of public safety issues, the mayor of Medellin will review each of the 30 projects that were under the purview of Aristizabal.  The mayor created an oversight group called “Secure Housing Management” in order to support and defend the rights of those living in sub-standard buildings.

According to the director of the Administrative Department of Disaster Risk Management (DAGRD), Carlos Alberto Gil, there have already been 1,559 building inspections this year to date.

Aristizabal is being investigated for crimes such as manslaughter, a charge to which he pleaded not guilty.  One day before the collapse of the building that killed 12 people, he stated that the building was not at risk.