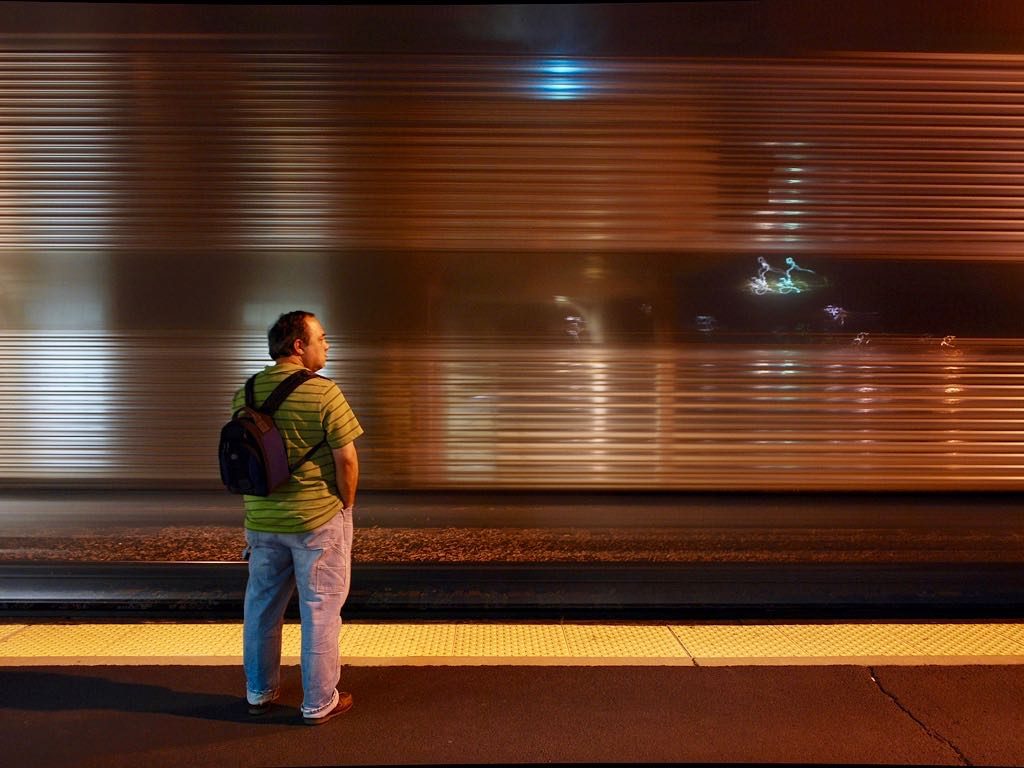 From Freeborn Aiden, the MatadorNetwork.com

1. Everything I need can fit into a backpack.

Now, I’m not the lightest packer out there (I take a hairdryer, for crying out loud!) but even I found that all I needed to live happily was some clothes, some toiletries and yep, my laptop. Those stylish dressed-up shoes, my collection of books and even my guitar — all things I left behind and did not miss.

As Tyler Durden said, “The things you own end up owning you.”

The freedom of being able to just pack up your life and move it one day is unparalleled.

Back in my old life, I was distracted by my own mundane existence, forever rushing from one place to another and yet somehow still doing nothing. In hindsight, I was pretty damn stressed out from sustaining a life I did not enjoy, which made me into somebody I did not particularly like.

On the road though, I was free from the weight of expectation and this in turn freed me up to be myself. I discovered (or remembered) that actually I can be funny, eloquent, and interesting. It also seemed that other people agreed, as I found myself charming bus loads of locals, making tons of new friends, and attracting scores of lovers.

More importantly though, was the approval in my own eyes. “Actually, I’m a pretty OK guy.”

3. There is no such thing as time.

In the west, we are obsessed with time and punctuality. If the train is late we are annoyed and if we are then late for work our boss is very annoyed.

In Backpakistan, though, things are different. Entire nations somehow function in spite of public transport that is seldom on time.

As a traveler I went entire days without having any idea what time it was and whole weeks without knowing what day it was. I ate when I was hungry, slept when I was tired and awoke only when the hostel manager banged my door down to inform me it was check-out time and I had to leave.

I came to realize that time as we know it is a western construct which the rest of the world doesn’t really have much time for.

Backpacking in a strange land minimizes your control, leaving you as vulnerable as a babe. There were times when I found myself lost and alone and times when I was the only foreign face on a bus where nobody spoke my language.

On countless occasions, I truly felt my own frailty. But whether being sick with malaria in Nepal, or being drugged in Bogota, I learned it’s OK to be scared, and it’s fine to be vulnerable because ultimately…

5. I can survive anything.

While I still have the scars from my blackout in Bogota and a Doctor’s bill from my Nepalese blood tests, I came through.

6. (Almost) everybody loves the British.

Wherever I went, I found that my passport opened borders and my accent opened hearts, arms, and sometimes legs. The Nepali immigration saluted my arrival into their country and within minutes of arriving in Israel, I had a girls phone number simply because she liked my accent.

People love our music, our pubs, the design of our flag, and our reputed sense of fair play. Of course, our standing did tumble a bit following the Brexit vote…

On my travels I found that Italian’s were stylish, Latinos very sexual, and by God, the French really DO love cheese!

As for my own nation’s stereotypes, while I personally am not the biggest tea drinker I do usually carry an umbrella.

Guys, have you ever been in a club and worked up the nerve to approach a girl only to find she cuts you off before you can even say hi?  Well, now I kind of understand why.

You see, your approach was not the first or even second approach she had that night from guys who were after one thing and one thing only.

It’s exactly the same for all travelers in countries like India where I was hounded by rickshaw drivers, shop-keepers and beggars all after one thing; my money. Politely declining these advances became very tiring so I got into the habit of just completely ignoring them.

The more astute peddlers devised more subtle ways to engage punters and instead of simply bellowing “I give you good price!” would pay a compliment. One even correctly guessed “You’re English right?” which I admit did stop me in my tracks until I worked that he probably said that to the last 5 white guys walking by so had to be correct at least once.

It’s the same with approaching girls guys, if you want to engage them then you have to come up with something that bypass’ their defenses, stops them in their tracks and is a bit more original than “You’re beautiful!”

To deal with the aforementioned attention I had to learn to say “No” authoritatively.

I also had to learn to say “No” to myself. In Colombia, for example, there were constant excesses and temptations on offer and it would have been very easy to spend my time there partying my budget away.

10. Home will always be waiting.

When I returned home from my first big trip I had changed; I was happier, healthier and better.

Life at home hadn’t changed one bit though and had remained exactly the same.

I therefore decided to use home as the yardstick and bar-o-meter by which to measure my own personal growth and I will continue to do so. I will check back in here after each trip and compare the unchanging Yorkshire landscape against my ever changing internal landscape.