28% drop in landmine victims not enough for Colombia’s government 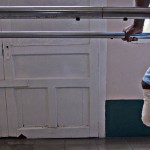 Despite a 28% decrease in the number of landmine victims in Colombia, the country is still facing an ongoing battle to detect and remove the devices, the government’s highest official on landmine removal said.

“We have 359 people that were injured or killed by an antipersonnel landmine…It is still 359 persons too many,” Daniel Avila, Director of the Presidential Program for Comprehensive Action against Antipersonnel Mines (PAICMA) told Colombia Reports.

Colombia has reportedly the second largest number of landmine victims in the world after Afghanistan and is continuously trying to detect the number of devices being planted by illegal armed groups and the unknown number of land mines already planted.

In 1997, Colombia signed the Mine Ban Treaty and set the goal to become mine-free in 2021. It has become an international and national chase to make this goal a reality.

Security forces are the most frequent victims of landmines, however 157 civilians were among the number of victims last year, including 45 children, according to an annual report by PAICMA. Security forces accounted for the remaining 202 victims.

Since 1990, there has been 10,610 landmine victims in Colombia, including 4,107 civilians – equivalent to an alarmingly 39% of all victims. Child victims accounted for 1,056 of the civilian number.

The state with the highest reported number of victims is Antioquia which has claimed a total of 2,346 victims since 1990. A number significantly higher than the state of Meta, which recorded 1,076 victims. Following is the states of Caqueta (858), Norte de Santander (751) and Narino (737).

According to the PAICMA report, the total number of recorded victims in 2012 was 498.

Despite the decrease from last year, Colombia is still facing numerous challenges ahead as the Revolutionary Armed Forces of Colombia (FARC) and the National Liberation Army (ELN) continue to plant the devices to protect their territories.

“That is linked precisely to the the government of Colombia to call on the illegal armed groups such as the FARC and ELN to stop using land mines,” Avila said. “Because even if they stop and commit to not use land mines tomorrow we are going to have these problems for so many years ahead.”

Nevertheless, if the FARC and ELN did agree to stop using land mines the country would still be dealing with the issue of locating the unknown number of mines already planted.

“Obviously we don’t know where they [land mines] are and thats why we are asking and requested to them, to tell us where the mine fields are,” he explained. “The ones they know, the ones they remember because that’s another challenge because many of them, who have been guerrillas, they are not longer part of the guerrilla groups and they haven’t given any information.”

According to Avila the government has implemented multiple programs in order to detect and de-mine the areas as well provide educate on how to avoid high-risk areas. Under the Mine Ban Treaty, the Colombian government committed to supplementing and implementing these programs in communities in Colombia.

One program is Mine-Risk Education (MRE) which aims to create awareness of necessary behavioral changes in mine-affected communities.

“We are going to continue working on prevention messages..we have been going with different alliances, different partners to the regions delivering messages, working with the different authorities with these messages,” he said.

“Now what we are trying to do is strengthen the mine operations by civilian humanitarian de-mining, not only by state government such as the army but now we have invited international civilian organizations to help us compliment the national capacity so we can cover much more space faster and more efficient,” he said.

“We will continue fighting for this goal in 2021..the Colombian government is still working to comply with this date. We are committed to this treaty and thats why we need to illegal armed groups to stop using land mines so we can get going,” he said.

Emphasizing the long process ahead Avila explained that, “you see the example we have in other countries such as Cambodia for example in post conflict they still have new victims and they stopped using land mines so many years ago.”

In the face of progress, Colombia is still far from being mine-free, however continuous efforts on the national and international level will determine how fast the country will to be able to catch up.

“Until we reach our goal of zero victims we will not be able to rest,” Avila said.