2 killed, 6 injured in north Colombia clashes between ELN and army 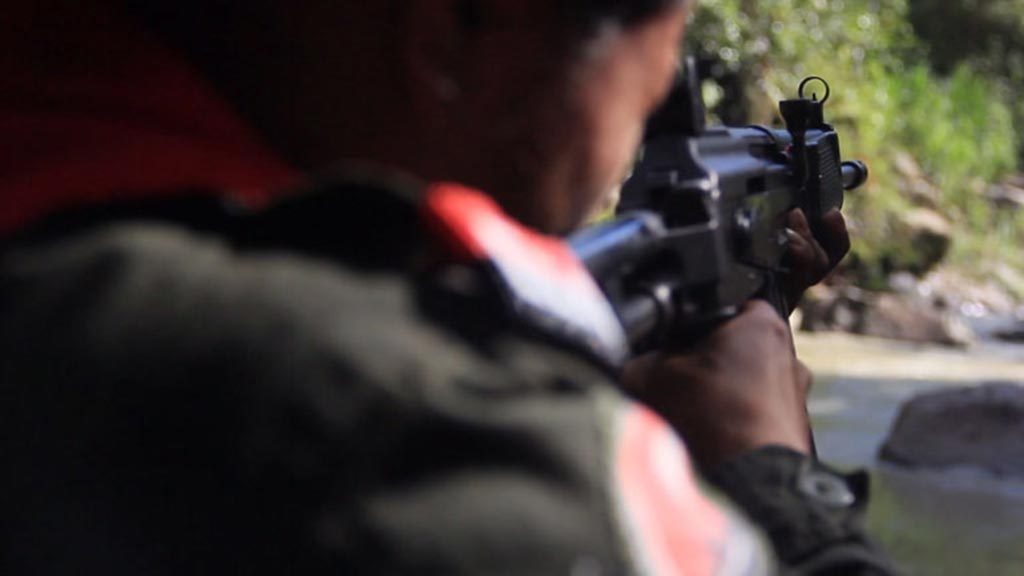 Fighting between left-wing ELN guerrillas and Colombia’s military on Thursday left two guerrillas dead and six injured, according to the military.

Following the face-off that started Wednesday morning in the small town of Caceres, Antioquia in northern Colombia, six alleged ELN fighters were taken into custody, three of whom were underage.

The army did not any casualties or injured on their side.

The military also said it seized several weapons including rifles, grenade launchers, and over 60 grenades.

The ELN fighters belonged to the Dario Ramirez Castro unit, and they faced off with soldiers from the Mobile Brigade 25.

According to the army, this specific ELN unit is responsible for murdering four members of the National Police during an ambush on a mobile police squad in 2014, attacking an army platoon in 2012, and murdering a soldier and wounding three others.

Fighting between the military and illegal armed groups like the leftist FARC and ELN and neo-paramilitary group “Los Urabeños” in the Bajo Cauca region has already displaced hundreds over the past few months.

The region is of strategic importance because of its coca fields and illegal gold mines.

These displaced will add to the more than 6 million citizens who are already internally displaced in Colombia — the second highest number in the world after Syria.

The ELN is Colombia’s second-largest rebel organization with an estimated military force between 2,000 and 3,000 fighters.

According to the rebel group’s twitter account, they will be entering into peace talks with the Colombian government next month, following in the footsteps of Colombia’s largest rebel group the FARC, which began peace talks in 2012.

If successful, the upcoming peace process would allow the ELN to enter Colombia’s political system as a political party, and would end a 51 year conflict that has left over 260,000 innocent civilians dead.