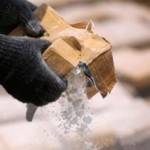 Authorities in the southwest of Colombia said on Wednesday they had seized 2,300 kilos of cocaine in a series of operations.

The National Police told press it had conducted an undisclosed number of raids over the past week, primarily in the southwestern states of Cauca and Valle del Cauca.

Additionally, the police said it had dismantled 14 cocaine labs.

The majority of the labs were controlled by the ELN, Colombia’s second largest guerrilla organization, according to the authorities.