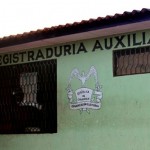 Authorities have opened an investigation after 11,421 identity documents were allegedly stolen from a registration office in the town of Barranquilla on Colombia’s Caribbean coast, according to local authorities.

They confirmed that there is an delegation on the way from Colombia’s capital Bogota – made up by different governmental agencies – to investigate the case in detail.

In addition there will be a criminal investigation of the case by the police and the prosecuting attorney’s office.

The authorities already denied the possibility of using the stolen citizenship cards in the upcoming presidential votes in 2014, stressing that biometric identification by fingerprints would prohibit the improper use of the stolen identity papers.