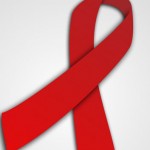 In Colombia there are anywhere from 90,000 to 150,000 people living with the HIV/AIDS, and of those, up to 100,000 do not know they are carrying the virus, the UN said ahead of World AIDS Day.UNAIDS Colombia coordinator Luis Angel told Cuban state news agency Prensa Latina that 8,000 Colombians were infected by the HIV virus from January to November of this year.

UNAIDS estimates that 42,000 women 15 years-old and up are lving with the AIDs virus in Colombia.

HIV/AIDS is transferred through the exchange of bodily fluids, including unprotected sex.

UNAIDs has said its main message is “prevention,” handing out condoms as an effective measure against HIV infection.

World’s AIDS Day is held on 1 December each year and according to the website, it is “an opportunity for people worldwide to unite in the fight against HIV, show their support for people living with HIV and to commemorate people who have died.”