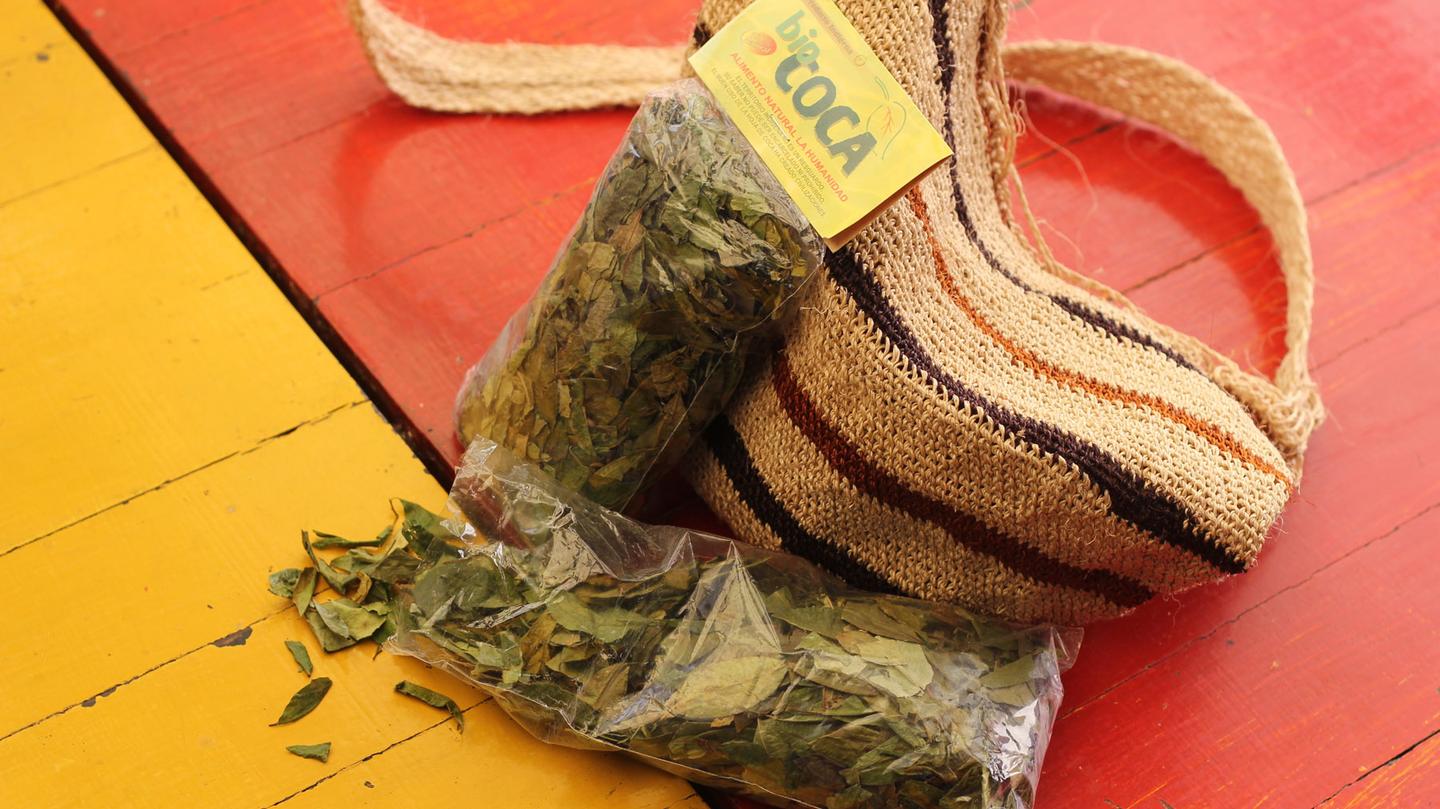 No other plant in human history has been as demonized as coca.

In 1961, it was placed on the Schedule I list at the United Nations Single Convention on Narcotic Drugs, which stated that “The Parties shall so far as possible enforce the uprooting of all coca bushes which grow wild. They shall destroy the coca bushes if illegally cultivated.” The plant has been public enemy number one in the worldwide War on Drugs for decades.

While countries like Peru and Bolivia have fought back against the culturally myopic and violently neo-colonial enforcement of these laws, eventually legalizing the plant in their respective countries and even petitioning the UN to change its views worldwide, Colombia has historically played along. Although it has always honored the rights of indigenous groups to grow and use coca, for decades Colombia has allowed the US to aerially spray pesticides on its crops and fund violent military maneuvers in many of its prime coca-growing regions.

But when the World Health Organization announced last year that the Monsanto-made pesticide, glyphosate, was actually highly carcinogenic, Colombia’s days of kissing America’s ass came to a screeching halt. In an abrupt turnaround, Colombia’s president Juan Manuel Santos is now challenging the War on Drugs in its entirety; this a reflection of the national psyche of a country that has borne the brunt of failed policies for far too long and is ready for real change.

Nowhere is that change more evident than on the streets of Bogotá, the country’s hip, two-mile-high capital. At new businesses like the Embajada de la Coca (The Coca Embassy) the green leaf is being restored to its rightful place as a powerful medicinal plant and super-nutrient that should be revered instead of reviled.

“We are trying to promote the proper use of this plant, as it has been perverted for centuries, and show how it is actually used as indigenous tradition,” says Ximena Robayo, who runs the restaurant/café/health food store in the heart of the city’s bohemian La Candelaria district.

“What is beginning to happen now is that beyond the traditional indigenous use of coca, we are now implementing projects in which the leaf is organically cultivated for food for everyone.” 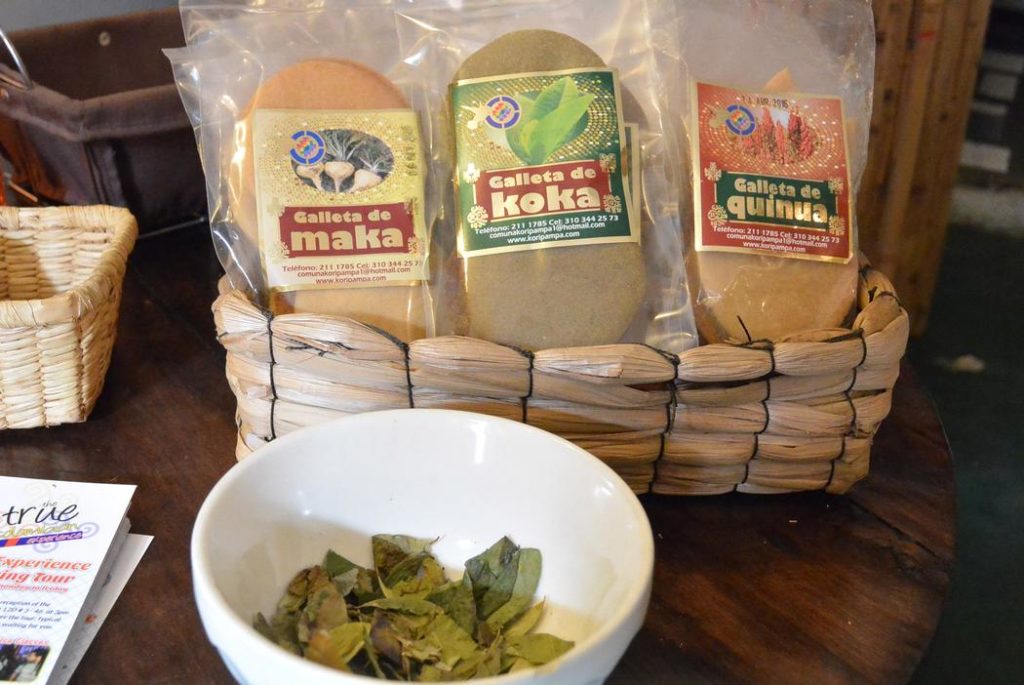 Ximena stocks coca products right alongside other traditional Andean superfoods like maca and quinoa. All are highly nutritious plants that were cultivated by the ancient civilizations that made this extensive mountain range, the second highest in the world after the Himalayas, their home.

Besides chewing the leaves of coca, or brewing them into a tea, a wide variety of cooked and baked goods and dishes can be made with coca by grinding the leaves into a flour, called harina. This harina can also be stirred into juices, blended in smoothies, and used to make green drinks of all types.

One of the Embajada de la Coca’s house specialties is the coca crepe, which Ximena prepares in the small back kitchen. After mixing the harina de coca into a batter of quinoa flour, she gently spreads out the crepe in the saucepan before adding your choice of ingredients: fresh veggies or curried chicken.

The result is a tasty, if deeply green, lunch dish that not only packs a powerful nutritional punch, but gives you a real shot of energy that lasts the rest of the afternoon.

“The use of the leaf as flour gives us a different way to use it as medicine,” Ximena explains, “since in food it can be prepared as a variety of plates that have the same nutritional properties.”

And in fact, the last in-depth exploration of coca leaf’s nutritional properties, which was conducted at Harvard University in 1975 before further studies were banned, found it to be a vitamin- and mineral-packed powerhouse without rival.

According to the Harvard study’s author, world renowned ethnobotanist Professor James A. Duke, coca leaves are not only higher in protein, iron, vitamin A, fiber, riboflavin, phosphorus, and calories than the 50 other vegetable foods they were compared against, but at over 2,000 milligrams per 100 grams, they contain more calcium than any other item on the entire INCAP Food Composition Table—the international nutritional database of food.

This helps explain coca’s reputation as the “plant of immortality” in the Andean region, as calcium is known to ward of many degenerative diseases that affect the aging population, including osteoporosis.

In fact, the oldest living human being ever documented, a Bolivian man who lived to be 123 years old, chewed coca leaf all day long, every single day of his life.

Consuming the coca leaf in food, as in a tasty little alfajor pastry that goes down quite nicely with a coca leaf tea, for example, not only ups your intake of important nutrients, it also provides an energetic boost to both body and brain due to the presence of cocaine—just one of the dozen or so alkaloids that the coca leaf contains.

To really catch a buzz, however, you need to chew the leaf with a bit of something alkaline to activate and extract the alkaloids. In countries like Bolivia and Peru, coca chewers use a substance known as llipta, which is made from the ashes of leaves or bark mixed with mint leaves or stevia. In Colombia, the traditional activator is cal, a powder made from pulverized sea shells.

In a pinch, you can always use good old baking soda.

“We believe that in the future the leaf will take its traditional place as a food and medicine for the people,” Ximena explains, holding a bottle of coca leaf-infused rum up for inspection. “Colombia is quickly waking up to the power of this legacy and we hope the rest of the world will, too.

“The eradication of coca as a strategy strongly promoted by the governments of Colombia and the United States as part of its ‘War Against Drugs’ is dying ,” she says. “And it’s about time.”

“Now that the coca eradication taking place in the growing regions of Colombia have become intensely controversial because of their socioeconomic and environmental impacts, we have an opportune moment,” says Ximena. “We can become like Bolivia, where coca cultivation is promoted by the government of President Evo Morales.”

With its incredible health-promoting properties still being discovered, coca’s introduction to the mainstream culture of Colombia—the most populous and urbanized of the Andean countries—seems to be inevitable at this point. That’s a cause to celebrate for anyone who has tasted one of Ximena’s bomb coca alfajores.

The next step is for the US and the rest of the world to wake up and acknowledge that coca is a sacred medicine and powerful superfood that could contribute greatly to overcoming malnutrition in the world.

This first appeared on MUNCHIES in May 2016. From Vice.com 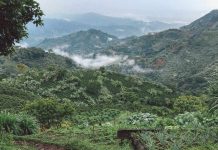 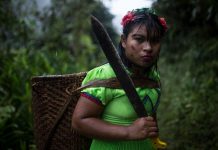 Only Women and Children Live in This War-Torn Villa 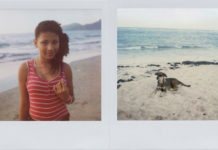 A Portrait of Colombia in 26 Gorgeous Polaroids

All Bark, No Bite: How US Bungled Case of ‘Major’ Money...

Colombia Immigration Adjusts Procedures For Visas & Renewals Due To COVID-19