Colombia will be preparing for festivities as Avianca will celebrate its 100th birthday on December 5th, 2019. The Colombian airline is the second oldest in the world with a rich history that dates back to the early 20th century. 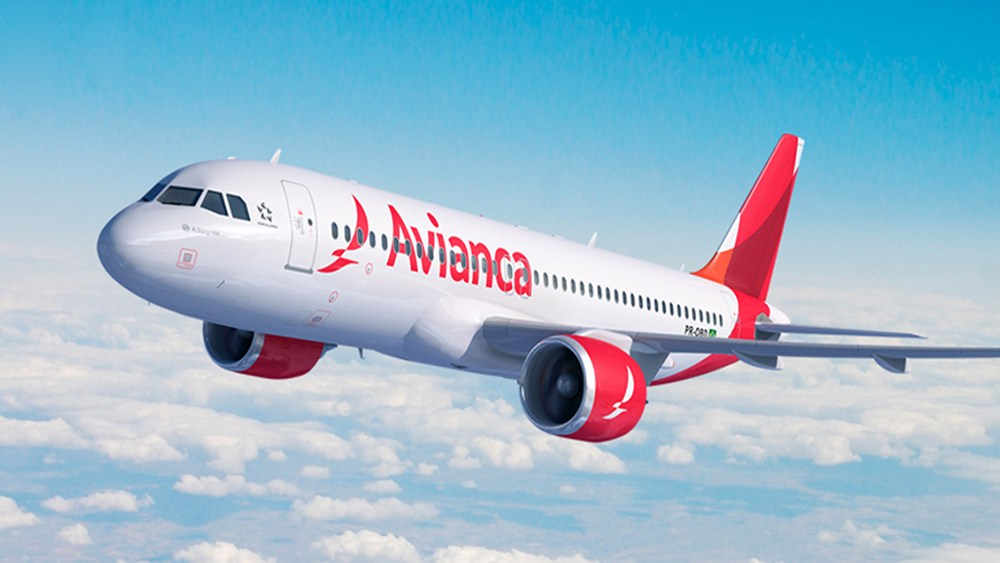 Avianca was founded in the form of SCADTA at the end of 1919. This company was based at Colombia’s Caribbean coast in Barranquilla but had firm backing by German expatriates. By September 1921, the airline scheduled its first regular service between its coastal base and the midland town of Girardot.

This revolutionized transport within Latin America as cross-country transport was usually conducted via the Amazon’s tributaries on riverboat. These journeys could take weeks to complete, but SCATDA’s Junkers F-13 floatplanes brought the travel time down to just hours.

The iconic airline combined forces with the Grace Shipping Company in 1928 to form Panagra. This joint venture started to command a presence within Latin America with routes in key cross-continent cities.

Subsequently, SCADTA struggled to compete with Pan Am’s growth, and a deal was made with Pan Am’s president, Juan Trippe. This secret negotiation gave Pan Am 84.4 percent of SCADTA’s capital, effectively making it the Colombian arm of the US airline’s services.

This operation continued to assert control within Colombia during the 1930s but politics surrounding Nazi Germany soon caused uncertainty. Ultimately, all of SCATDA’s 80 German workers were dismissed in June 1940. This sparked the airline’s rebrand to Aerovías Nacionales de Colombia (Avianca) and a reshuffle in the shareholdings. The government of Colombia held 15 percent of the shares while Pan Am reduced its slice to 64 percent.

Following the restructure, Avianca became the second South American airline to fly directly to the US mainland, following Aerovias Brasil. This service was attributed to the firm’s new Douglas DC-4 that serviced Miami nonstop from Colombia. 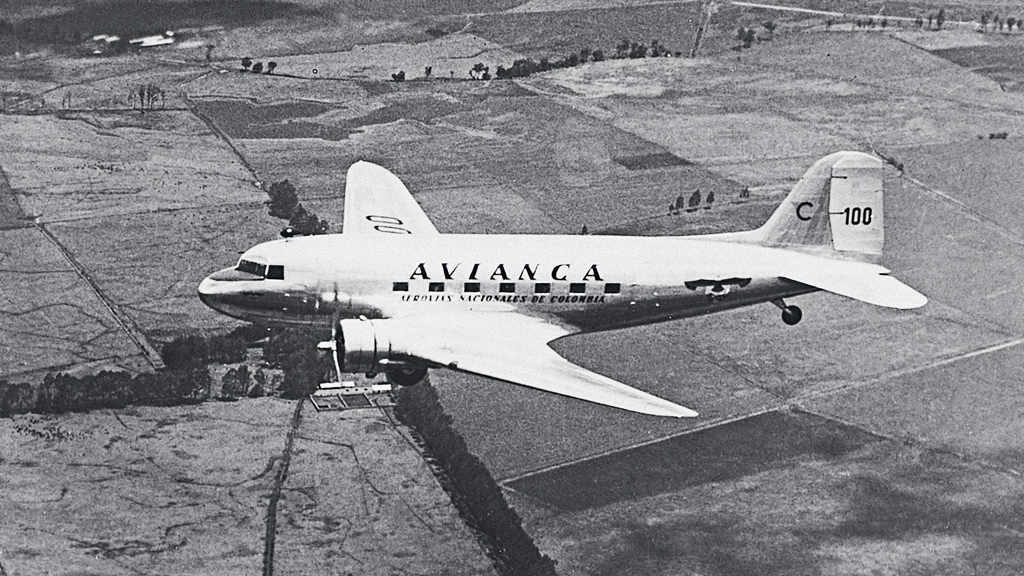 By the midway point of the last century, the airline broke ground in Europe with multiple new routes. Lisbon, Paris and Rome were serviced by 1950, giving Avianca an even greater international presence. 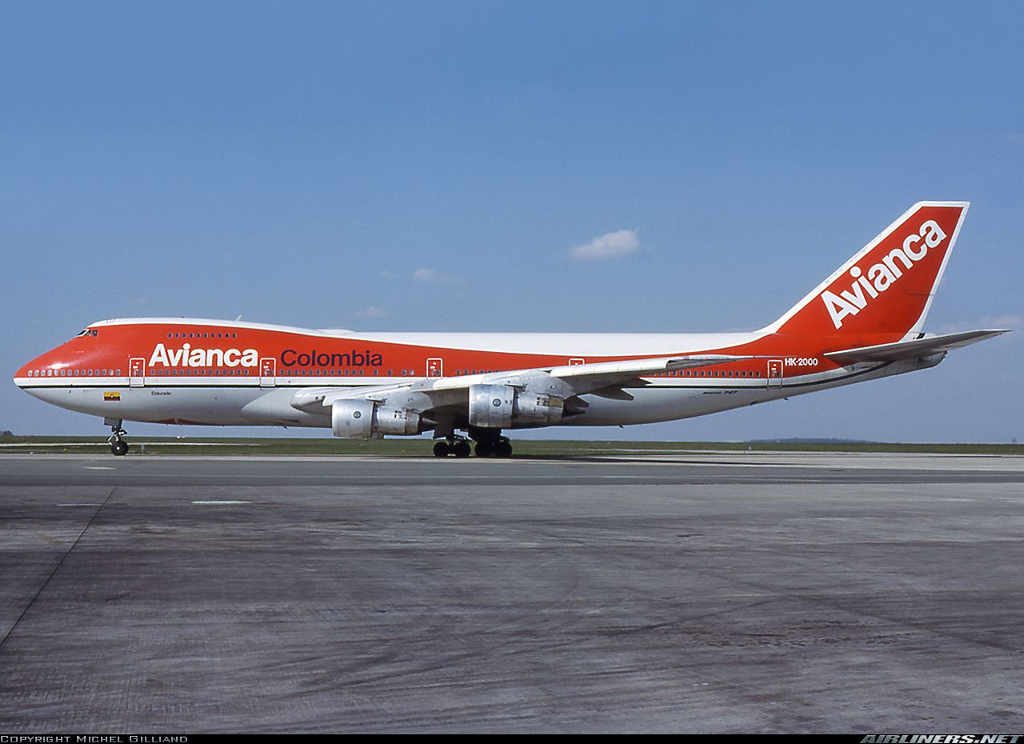 With the successful services flown with this Boeing model, Avianca decided to invest further with the purchase of its 747 in 1976. This purchase meant that Avianca was the first Latin American airline to acquire a unit of the iconic “Queen of the Skies”. However, piling debts of up to US$170 million meant that the airline was forced to sell the bulk of its 747s to raise funds.

Avianca faced further troubles due to being implicated in the Colombian narcotics trade during the 1980s. The company pulled out of the Colombia-US cargo market, drawing up penalties totaling $14 million by 1988.

The national conflict greatly damaged the airline further after Avianca Flight 203 was bombed midflight in November 1989. The Boeing 727 bombing was ordered by infamous drug lord Pablo Escobar, hoping to kill politician, César Gaviria Trujillo. This attack catalyzed US intervention in Colombia’s conflicts due to two US nationals being killed on the flight.

The 1991 deregulation of Colombia’s civil aviation industry added to Avianca’s growing woes. New local start-ups and foreign establishments swarmed in and broke up the airline’s command within the country. Therefore, the new CEO, Alvaro Jamarillo Buitagro installed a new strategy that focused on his firm’s customer service.

However, in 2003, the airline filed for Chapter 11 bankruptcy protection to allow the firm to create a plan to reorganize its finances. This plan saw Synergy Group buy Avianca who merged the carrier with TACA in 2009. 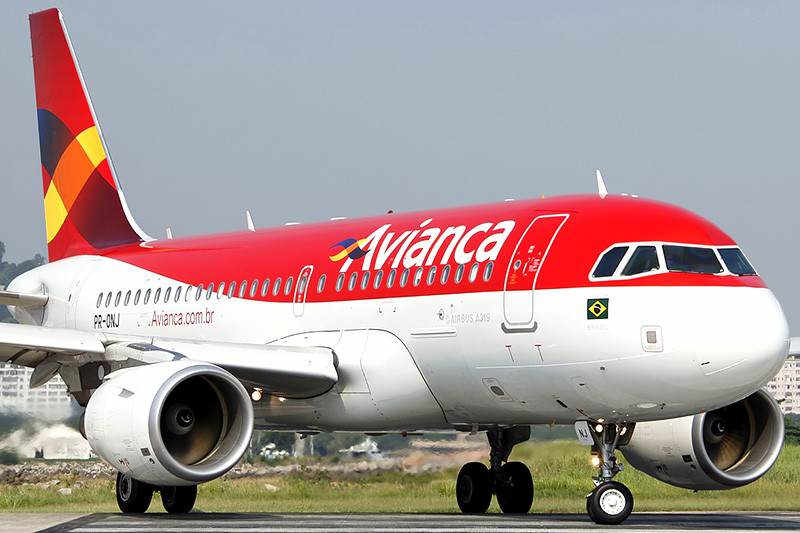 Today, the outfit stands strong under its current incarnation of Avianca S.A. The airline boasts a fleet size of 106 aircraft with its headquarters at El Dorado International Airport in Bogota.

Avianca continues to serve 114 destinations with its young fleet and will be looking back at its journey when December marks its 100th birthday.