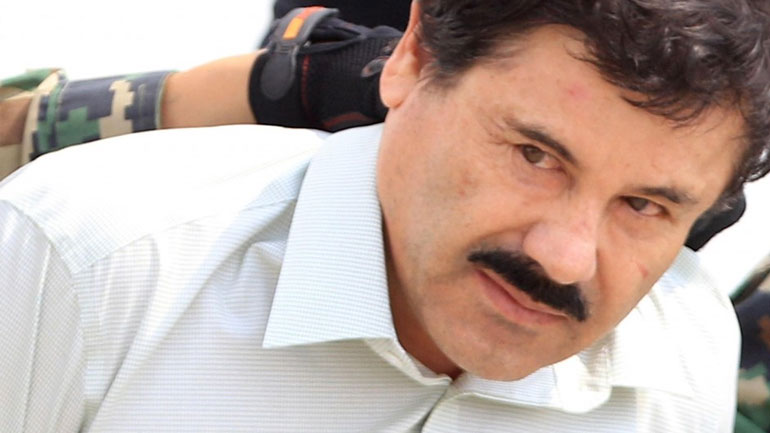 Mexico’s Sinaloa Cartel of the recently escaped “El Chapo” has a number of business partners across Colombia responsible for the export of more than a third of the South American country’s annual cocaine production.

The cartel work with Colombia’s neo-paramilitary underworld and guerrillas alike, allegedly controlling 35% of the country’s cocaine export, according to national paper El Tiempo.

Two main figures have been prominent in the creation alliances between the Mexicans and the numerous criminal networks existing in Colombia. “El Loco” Barrera, referred to as “the last of the big capos” managed relations between neo-paramilitary units and guerrillas. El Chapo also worked closely with Cali-based Pedro Luis Zamora, a.k.a. “Junior” until his arrest in 2014.

Led by Dairo Antonio Usuga, a.k.a. “Otoniel,” this network controls the majority of drug trafficking in the Caribbean and Pacific coast and is the Sinaloa Cartel’s main trade partner in Colombia.

The Urabeños’ relations with Sinaloa are reportedly led by a Colombian coffee businessman. According to El Tiempo, this unidentified businessman “is responsible for coordinating contacts and shipments to Europe and Asia, in equal shares with the cartel of El Chapo.” This is coordinated through two representatives of the cartel “Jairo Ortiz” and “Montiel,” moving packages identified with the markings of “Lacoste,” “Apple” and “Made in Colombia.”

Intelligence documents accessed by El Tiempo indicate that the Urabeños are also providing logistical and military support for the cartel throughout Latin America.

The Colombian Erney Portilla Arevalo, alias “El Enano,” reportedly worked with Mexican Hector Coronel Castillo, alias “Rincon,” in the mission of buying drug laboratories from the Urabeños and the FARC. Rincon was captured in 2014 in Cali, after living a luxurious life of parties, fine-dining, cockfights and casinos, provided for him by El Chapo.

The FARC is Colombia’s largest leftist rebel group and currently negotiating a peace deal with the government. In conjunction with local drug trafficking groups, the guerrillas exercise strong control over the cultivation of coca and the production of cocaine.

The rebels agreed to the suspension of drug trafficking activity, now used to finance their revolt against the state. In response, the Sinaloa Cartel reportedly bought franchises from mid-level FARC officers in the departments of Meta and Caqueta, in the central and south of the country. This has reportedly enabled El Chapo to involve the cartel in earlier production stages of cocaine, according to intelligence reports acquired by El Tiempo.

Hermes Alirio Casanova, alias “Megatronico,” also acted as a connection between the FARC’s Western Bloc and the Urabeños before his capture, in December of 2014. Casanova reportedly entered the world of drugs in 2000 through connections with the notorious ‘El Loco’.

Relations are reportedly managed by Dario Lee Diaz, alias “Robledo,” the leader of the 48th front that operates in the southern province of Putumayo, with the Mexicans reportedly paying $40k for each shipment of cocaine leaving Nariño and Cauca.

Almost all the Sinaloa Cartel’s drug trafficking from the Pacific port of Buenaventura goes through “La Empresa,” the city’s crime network. This group has aligned with the Cali-based cartel of “Los Rastrojos” to fight off the Urabeños who have been violently expanding operations along the Pacific coast.

Here the cartel have contacts with crime lords called “Yoyo” and “Don C.”

The Oficina de Envigado is Medellin’s main crime syndicate and formed in the early 1980s, when drug lord Pablo Escobar was in need of assassins. After the death of Escobar in 1993, the Oficina overtook many of the drug lord’s extortion, money laundering and drug trafficking activities.

The Sinaloa cartel have partners in the current leaders, alias ​​Tom and Carlos Arturo Arredondo Ortiz, alias “Mateo.” In September 2014, the Sinoloa cartel, working through Mexican emissary “El Tatuado” reportedly provided the Urabeños and the Oficina de Envigado with weapons and money in order to keep their market share in Bajo Cauca, a coca-growing region in the northwestern Antioquia province.

Officials at the time reported this was “not a gift,” claiming the Mexican cartel has a great interest in the Medellin – Uraba highway, the primary route for transporting drugs to the Caribbean coast. This road is largely under control of the Urabeños, with areas in FARC territory.

Sinaloa also allied with aliases “Rey” and “Monin” for the tasks of money laundering, contract killings, kidnappings and drug debt collection. Rey, who is known for his devotion to witchcraft, has worked with the Mexicans for allegedly over a decade. Monin was allegedly involved in the collection of $18 million in debt money for the Sinaloa.

According to the US Treasury Department, “several structures of transnational organized crime, including the Sinaloa cartel, have retained the services of ‘La Oficina’ to support drug trafficking around the world.”

The alliances between the Mexican cartel and Colombia’s drug world additionally extend into the neo-paramilitary groups Los Rastrojos operating on the Pacific coast and in Venezuela, the “Libertadores de Vichada” in Colombia’s eastern plains, “Megateo” in Norte de Santander and “Los Ganchos” in Bogota. Many of these alliances were bartered by El Loco Barrera.

The cartel was furthermore linked with the now fallen Cifuentes crime family which in turn has been linked to the family of former President Alvaro Uribe, whose brother had a child with Dolly Cifuentes.

Magaly Chavez, alias “Lily” or “La Faraona,” was arrested in Cali earlier this month. She allegedly maintained ties with the Mexicans for 17 years and has been accused of coordinating the collection of drugs processed by “Los Rastrojos” and “Los Urabeños” in partnership with Sinaloa.